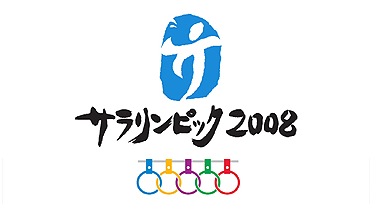 There are the Paralympics for a meeting performed for the Olympics and the same period.
However, that a thing named “the Saralympic” already has already begun. Furthermore, I did not know that it was performed in Tokyo.

I am disappointed. Because an atmosphere does not come with the still image.
In this competition, four obstacles at the time of the commuting of the urban office worker are set. Between 200 meters.

The first obstacle “throws away garbage”

The third disorder “soba served at a street stall.”

The fourth disorder “a crowded train.”

This competition is simple.
A thing to throw changed it into “a skewer” from “a spear”.

However, certain strategy and psychological warfare seem to be the highlight.
I do not understand how a flying distance changes at all.

….As for the next, the stage of the fight seems to be “Nishikasai” four years later.